Need finer control over your RPG Maker MV JavaScript development? Well, this script will separate out all of the RPG Maker MV Source Files into easier chunks.

Instructions are included in the README.

Free for both commercial and non-commercial use, with credit.

can there be any screenshots to show how this tool actually works?

Hello Ryan!
I'm afraid this tool isn't particularly user friendly in it's current incarnation. It's a PHP script, so it requires you to have PHP installed on your computer and accessible from the command line. The script itself also has to be edited to be used properly, as it takes no arguments. It was originally built to be used exclusively by plugin devs to organize files, but I didn't think at the time most plugin devs don't use PHP.

I could add screen shots, but they'd just be screen shots of the command being run, really. I'm considering ways to make this tool more user friendly.

I have PHP in my PC, if you have some screenshots, maybe i can try 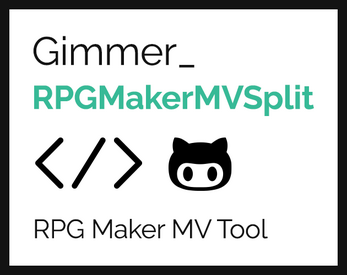